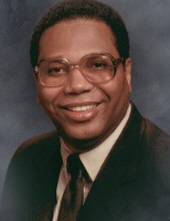 Fredrick Leon Jackson was born October 31, 1950, in Thrall, Texas to Fred L. and Dorothy M. Jackson. Fredrick attended Lincoln Elementary School in Thrall, Thrall ISD and graduated from Union ISD in 1969. He attended South Plains College in Levelland where he served as President of the Student Body. Upon graduating from South Plains, he attended Texas Tech University where he also served in Student Government and was a member of the Texas Tech Saddle Tramps. He graduated from Texas Tech University and shortly thereafter moved to the Houston Metro Area. He settled in Lack Jackson, Texas and became an active community leader, most notably, leading the formation of the Martin Luther King Celebration in the Brazos area. He worked for Celanese for 11 years, and then went to work as Human Resources Dept Director for BASF Corporation in Houston, Texas for 15 years before moving back to Brownfield for health reasons and also to assist in the care of his parents. While in Brownfield, Fredrick worked for the Terry County Heritage Museum, served as active board member and supported many worthy causes. Fredrick is preceded in death by his mother, Dorothy Jackson in 2009.

There will be a family visitation on Saturday, August 3, 2019 from 2pm to 4pm at Brownfield Funeral Home.

In lieu of flowers donations can be made to the Terry County Heritage Muesum.