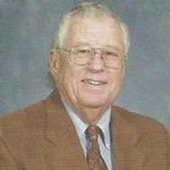 G. Dwayne Pruitt, 74, of Brownfield passed away on Tuesday, March 25, 2014 at Lubbock Heart Hospital in Lubbock, Texas. A Memorial Celebration of Life Service will be at 2pm, Saturday, March 29, 2014 at First United Methodist Church with Rev. Ruby Moultrie officiating. Services will be under the direction of Brownfield Funeral Home.
The family will receive visitors in Webber Hall after the service.
Dwayne was born December 17, 1939 in Jermyn, Texas to George and Warrena (Warren) Pruitt. Dwayne started college at Weatherford Junior College on a basketball scholarship. He served in the J.A.G. Corp of the US Army Reserves and attended the University of Texas, School of Law after graduation from Texas Tech. Dwayne met the love of his life, and married Carol Ann Crawford on February 15, 1964 in Brownfield, Texas. She preceded him in death on December 10, 2008. Dwayne and Carol moved to Austin, Texas where Dwayne attended law school. They returned to Brownfield in 1973 so Dwayne could enter law practice with Carols father. Dwayne became Terry County Attorney in 1977 and added Felony Responsibilities in 1980. He has been active in the American Legion Association, Noon Lions, Regional Council of Child Welfare Board, and Womens Protective Services Council. He served as President of the Texas District and County Attorneys Association in 1999 and was Chairman of the Association Board of Directors in 2000. He was an active member of the First United Methodist Church. He spent hours driving church kids on church trips. He was preceded in death by his parents and a brother, Warren Pruitt.
Dwayne was avid horseman and a member of the American Quarter Horse Association and owned many race horses. He rode with the Terry County Sherriffs Posse and loved trail riding with his friends. He was often the first one on the trail and the last one off. He was well known for bonding with clients as personal friends, many of whom became like family. While he was commended for his competitiveness and zeal in the courtroom, new friendships were apt to be created when the trial was over. He had a zest for life, a love for family and friends, and a generous giving spirit.
Dwayne is survived by his daughter, Elizabeth Edgar and husband Jeff of Cherry Hills Village, Colorado; his sons Michael and wife Christina of Phoenix, Arizona and Jason and wife Lisa of Amarillo, Texas; grandchildren Eva, Quinn and Talia Pruitt, Jack and Will Edgar, Leann Shelley, Chris Bivens; great-grandchildren, Halee Shelley, Avery Shelley, Colin Dicks, and Cash Bivens.
The family suggests memorials to the First United Methodist Church, 1004 E. Broadway Street, Brownfield, Texas 79316 or to the University of Texas School of Law, in memory of G. Dwayne Pruitt Class of 67, 727 East Dean Keeton St., Austin, Texas 78705.