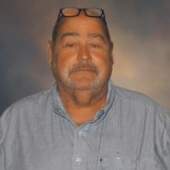 Memorial Service for George Charles Howle will be held at 11 a.m. Friday, September 8, 2017, at Brownfield Church of Christ, with Rev. Chris Seaton officiating. There will be a reception afterward in the Family Life Center.
George passed away Monday, August 28, 2017, in Lubbock. He was born August 17. 1949 in Odessa, TX. He graduated From Robert E. Lee High School in Midland, TX and received a Bachelors Degree in In Industrial Arts from Southeastern Oklahoma State. George was an Industrial Arts teacher for 20 years in Amarillo and Brownfield. He cared greatly about his students and had a positive impact on the lives of many. He was inducted into the TSA Hall of Honor in May 2017.
George is preceded in death by his parents Walter and Louise Howle. His is survived by his sister Dicia Ames and husband Jeff Putnam, of Dallas and nephew, Sam Putnam of Dallas: uncle George Williams of Memphis, TX and several cousins.
In lieu of flowers please contribute to the scholarship fund in his name. at https://www.gofundme.com/george-howle-memorial-fund