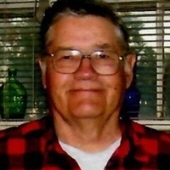 Memorial services for George Everett Zant Jr. will be held on Saturday, April 7, 2018 at 3:00 p.m. in the Brownfield Funeral Home Memorial Chapel with Don McWhorter officiating.
George, who was known by friends and family as Sonny, was born on February 5, 1933 to George Everett and Thelma Mae Zant in Lamesa Texas. He had been a resident of Brownfield for over 65 years. With the permission of his mother, Sonny joined the United States Navy at 17. He transitioned to the United States Army where he served until his discharge in 1958 as Master Sergeant. During his military career he was a part of the Special Forces of the Green Berets. He was a member of the Army reserves until his retirement. Sonny had a great passion for reading, finding the perfect recipe for homemade yeast rolls and sail boats. He always planned to purchase a Mariner 32 boat and sail wherever his heart desired. Sonny served his Country, raised two kids as a single Father, and then took care of both of his parents until they passed away. He knew what responsibility meant and always put others before his self. Sonny is preceded in death by his parents, George E. Zant and Thelma M. Hardy; stepfather, George R. Hardy, and his sister, Doris Coston.
He is survived by his two children, Duke Zant of Brownfield, Machiel Covey and husband Jim of Hedley; grandson, John McNiel and wife Angela of Sumter SC; two granddaughters, Chanel Silva and husband Craig of Clarendon and Chelsea Weldie and husband Alex of Philadelphia PA; three great grandsons, Anthony, Devon and Zachary; and three great granddaughters, Lilly, Baylei, and Alyssa.
Memorials are to be made to your local Library.