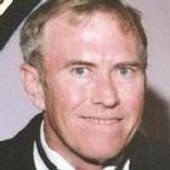 Private memorial services for Gerald Gilliam Graham, 67, of Brownfield will be held at a later date. Services will be under the direction of Brownfield Funeral Home.

Gerald passed away on January 6, 2014 at his home in Brownfield. He was born November 30, 1946 to Earnest "Blue" Uyless and Mary Handley (Endersen) Graham. He graduated from Lamesa High School. He married Debra Jean Tubb on March 16, 1974 in Brownfield. She preceded him in death on December 31, 2012. He is also preceded in death by his parents and a brother, Ronnie Graham.