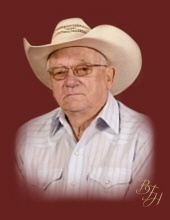 Reidge was drafted into the US Army in November, 1965 and was trained as a communications specialist. After returning home in 1967 from Pirmasens, Germany he served in the Texas National Guard and received his Honorable Discharge February 1975.

Reidge was an auto mechanic around Brownfield for over fifty years having worked some time in the dealerships and independent garages he joined partnership in B&R Automotive for several years and eventually retired from Brownfield Maneto. During this time he served the comunity on the city council and through participation in Brownfield evening Lions Club holding several offices in the local club and district cabinet. Reidge was involved in the Baptist churches around Brownfield, where he served as deacon and helped with many youth programs as well.

Cremation arrangements are under the direction of Brownfield Funeral Home. A memorial service will be arranged for the spring.