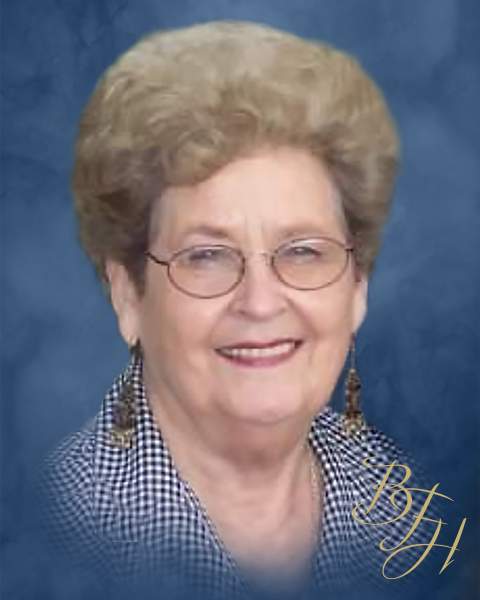 Graveside Services for Glena Fae Winston Curtis will be held at 11:00 a.m. on Saturday, September 3, 2022 at the Meadow Cemetery in Meadow, Texas with Mark Jennings officiating and Bob DuPont assisting.

Glena Curtis entered into her eternal home on Friday, August 26, 2022.  She was born in Brownfield, Texas on October 15, 1928 to Hon. Judge Homer and Mahota Winston.  She attended school in Brownfield and graduated from Brownfield High School in 1947.  The same year, 75 years ago, she was crowned the first Terry County Harvest Festival Queen.  It was a title of which she was always proud and she felt honored to represent her town and county.

Following graduation, she attended West Texas A & M University in Canyon.  The following year, she transferred to Texas Tech University where she was a Journalism major, graduating with her teaching certificate in 1950.  She was a life-long passionate supporter of the Texas Tech Red Raiders.  During her Junior and Senior years, she rooted them on as head cheerleader.  From 2019 until her death, she was the oldest living former Tech cheerleader.

Her Junior year, she was named as one of the Texas Tech Beauties.  Her Senior year, she represented the University as Sun Bowl Princess.  She was a member of The Press Club, Theta Sigma Phi, and The Bible Chair.

Glena began her teaching career in Plains, Texas.  From there, she went to Meadow, Texas where she began teaching 3rd grade.  But she found her niche as the 1st grade teacher.  She was passionate about phonics based reading.  She taught a total of 25 years, until her retirement in 1989.  She loved her students dearly and up until the very end, she recognized them, remembered their names, and knew which class they were in.

On Christmas Day of 1953, she married the love of her life, Wayne Pete Curtis, in Brownfield. They shared 68 years of happiness and blessings.  Early in their marriage, Pete and Glena were members of the Crescent Hill Church of Christ in Brownfield.  They later became faithful members of the Meadow Church of Christ and devoted much of their time to living their lives serving others through their church and community.   Glena also served on the Meadow Museum board and Terry County Historical Society.

Pete and Glena were blessed with four daughters, four grandchildren, and five great-grandchildren. She was preceeded in death by her beloved husband, Pete, on February 15, 2022; her parents, Homer and Mahota Winston; sister, Mary Lena Winston; and her daughter, Marci Curtis Politte, on December 30, 1987.  She is survived by daughters Becky Curtis Arant and husband, Ruyal Don Arant, Lori Curtis Beane and husband Rooster Beane, and Karen Curtis Rodgers and husband James Houston Rodgers.  Her surviving grandchildren are Tangi and Keith Irwin, Tesha and Colbert Perez, Dakota and Allie Arant, and Jaxson Rodgers.  Her great-grandchildren, who brought her so much joy, are Bellamy Lace Perez, Bryleigh Faith Perez, Bronson Dane Perez, Tynlee Graham Irwin, and Laramie Junebug Irwin. Glena is also survived by a brother, John F. Winston.

The family would like to extend their deep gratitude for the friendship, love, and prayers of all who loved Glena.