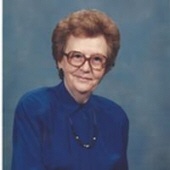 Glenna was born in Crosby County on December 9, 1926 to Edgar Poe Smith and Lula Reese. She moved to Terry County in 1932. She graduated from Wellman High school. Glenna married William Payton Forbes, Jr on April 3, 1943 in Denver City. Glenna was a home maker and managed the “Health Food Store” in Brownfield in the 1970’s. She was a member of Immanuel Baptist Church. Glenna was a kind loving mother, who enjoyed her family and friends. She will be missed greatly. Glenna is preceded in death by her husband, William Payton Forbes, Jr and her son, William Forbes.

The family wishes to extend a sincere thank you to Intermin Hospice and Dr. Paul Chebib for all of their help and kindness.