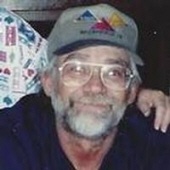 James Haskell Robertson passed away July 16, 2014 at his home after a long illness. He was born December 13, 1949 to Simon and Georgie Robertson in Brownfield. He was a mechanic and auto parts salesman and was the auto mechanics instructor at Brownfield High School from 1988 to 1990.


Haskell was a very kind, gentle man who was loved by all who knew him. He loved playing the drums and was in a band with his best friend, Bobby Bingham, for over 40 years. He was preceded in death by his parents and sister, Barbara Robertson.


Haskell is survived by Susan Robertson; daughters, Tracy Seaton and Sheri Robertson; sons-in-law, Shan Seaton and John Herring; grandchildren, David and Sara Newsom, Jonathan and Lillian Herring all of Brownfield. He is also survived by a sister, Avis Depoyster and husband, Gary, of Brownfield; Brothers, Robert Robertson and wife Bonnie of Lubbock, Jessie Robertson and wife, Linda, of Llano; and several nieces and nephews.