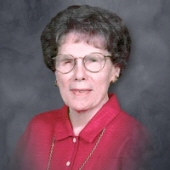 A Memorial Service for Helen Swaringen, 89, will be held on Saturday, May 11, 2019 at 2:00 p.m. at the First United Methodist Church in Brownfield, officiated by Rev. Ruby Moultrie. Visitation will be on Friday, May 10, 2019 at the Brownfield Funeral Home from 6:00-8:00 p.m. Online condolences may be made at www.brownfieldfuneralhome.com.
Helen Margurite Swaringen went to be with her heavenly Father May 6, 2019. Helen was born July 23, 1929 in Lonsdale, Arkansas to Tommy Hiram and Vera Evelyn Rigsby. She grew up in McAdoo, Texas with her parents and her brother Jabez Rigsby. She attended college in Abilene, Texas and worked at First National Bank in Lubbock. She married Billie Gene Swaringen on May 20, 1956 in Lubbock and they were blessed with 57 years of marriage before his passing on June 5, 2013. They lived in Brownfield, Texas and were very proud to call it home. She was preceded in death by her husband, Bill, her parents, her brother, JB and her daughter-in-law, Jeanette. She was a beloved wife, mother, grandmother, and great-grandmother.
Helen was an active member of the First United Methodist Church in Brownfield for many years. She was very involved with her church Circles, as well as serving as a youth group leader. She also volunteered and delivered Meals on Wheels for many years in Brownfield. Over the years she enjoyed painting, quilting, and ceramics. As the tomatoes, corn, cucumbers, okra, green beans, and other produce came out of the field, she was famous in her family for her canning and sharing the fruits of her labor with her friends and family for many, many years.
Her grandchildren remember her undivided attention and devotion as they grew up. She seemed to have a never-ending supply of brownies whenever anyone stopped by to visit. When the kids were little, they knew where she kept her "old school" toys in the front closet. "Cold Cake" was a favorite at every family dinner, along with the Red Velvet cake that was sometimes hidden so the grandkids didnt get to it early. Everyone remembers sleepovers at Grandmas house and then waking up to enjoy a big breakfast that always included eggs, bacon, sausage, biscuits and cinnamon rolls.
She is survived by two sons, Mike Swaringen (Marla) of Brownfield, David Swaringen of Brownfield, and one daughter, Donna Hartman (Jeff) of Thornton, CO; eleven grandchildren, Caleb Swaringen (Christy) of McAllen, Lauren Swaringen of Aubrey, Timothy Swaringen (Rebekah) of Brownfield, Seth Swaringen (Avery) of Plano, Caitlin Williams (Devin) of Fruitdale, AL, Brad Swaringen of Lubbock, Tanner Swaringen (Shelby) of Lubbock, Ryder Jefferies, of Lubbock, Jacob Hartman (fianc Lizzie Greene) of Fort Collins, CO, Adam Hartman (fianc Melanie Diep) of Westminster, CO, Benjamin Hartman of Boston, MA; seven great-grandchildren, Nate, Kamila, and Eli Swaringen of McAllen, Ella, Noah, and Abby Swaringen of Brownfield, and Crew Swaringen of Lubbock.
In lieu of flowers the family requests donations to your charity of choice.