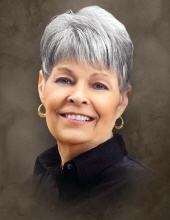 There will be a family visitation from 5 pm to 7 pm on Thursday, February 20, 2020, at Brownfield Funeral Home.

Henri was born on February 4, 1946, in Monahans, TX to Henry and Grace Fowler. She attended schools in Snyder, TX and graduated from Jal, NM High School in 1964. She married Robert Henson on February 11, 1970, in Las Vegas, NV. They lived and farmed at Meadow, TX until retirement. Their marriage managed to hold on to the magical 50TH anniversary. 50 years and 6 days to be exact. Henri was a member and faithful attendant of First Baptist Church in Meadow for 50 years. She was preceded in death by her parents and one sister, Patsy Westbrook. Henri was blessed with a true gift of being a people person and all around her felt a special bond.