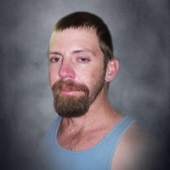 It is with great sadness that the family of Herbert Daniel Pickett (Danny) announces his passing on Sunday, August 13, 2017 at the age of 40 years.

Danny was born to Serah Elizabeth and Frederick Matthew Pickett in Lubbock, TX on May 28, 1977. Danny grew up in Brownfield, but had lived/worked in AL for the railroad company. His two daughters currently reside in AL with their mother, Amy. Danny will be fondly remembered by his sister, Ruby Hildreth (Ian, AJ & Emily) of Virginia, as well as his children Trinity Spring and Cloe Caroline, both of AL. Although preceded in death by both parents and grandparents, he has many friends and extended family that will hold their memories of him close at hand.

A memorial service/celebration of Dannys life will be held on Monday, August 21, 2017 at 10:00am in the Brownfield Funeral Home Chapel. The service will be officiated by Bo Shero.