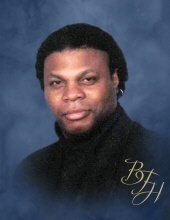 Hilton Ray Jackson passed away quietly on April 10, 2022 in Waxahachie, Texas after a performance at the Scarborough Renaissance Fair where he was a mainstay for over 30 years as “Sholo the Nubian.”

Hilton was born May 8th, 1956 in Taylor, Texas to Fred and Dorothy Jackson. Hilton was the third of six children, having two older brothers, a younger brother and two younger sisters. Hilton spent his younger years attending elementary school in Thrall, Texas, and later, after the family moved to West Texas in 1966, attended junior high at Union School until 1971. He later attended and graduated from Brownfield High School from 1971-1974.

Hilton moved to Houston, Texas in the late seventies and worked in the Houston area Warehouse District for several years. While in Houston, Hilton became active in several Renaissance festivals, not only in the Houston area, but also in Waxahachie and Austin, portraying the character “Sholo the Nubian” and drew thousands of fans to the festivals with that portrayal. He was a beloved fixture at the festivals for over thirty years and served on the Board of Directors for some of the Renaissance Festivals.

Hilton enjoyed the theater and dramatic readings, his friends, a good laugh, and in particular, a good argument. Hilton will be missed by many, but in particular by his family. He was preceded in death by his mother, Dorothy Jackson; his brother, Fredrick Jackson; and his father, Fred Jackson. Hilton is survived by his brother Ralph (Tonya) of Grand Prairie, Texas; Scott (Jamie) of Brownfield, Texas; Diana of Brownfield, Texas; and Vanessa (Charlie) of New York, New York; his nieces Jessica Jackson of Lubbock, Jarys Boyd of Brownfield, Texas and nephews Jaxon Boyd of Canyon, Texas and Wesley and Reno Hayward of New York, New York.