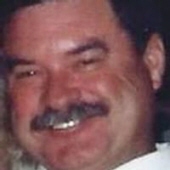 Services for Jackie Roberts will be held at 1pm on Monday, March 30, 2015 at Brownfield First United Methodist Church with Ruby Moultrie officiating.

Visitation will be held Monday following the service in Webber Hall.

Jackie was born on November 9, 1951 in Matador to T.D. Doc and Dorothy Roberts. He graduated from Brownfield High School in 1970. Jackie married Janey Lynn Willey at the First United Methodist Church in Brownfield on April 19, 1969. He retired as a maintenance specialist with Hess Corporation after 40 years of employment. Jackie was a member of Brownfield First United Methodist Church. He loved to ride horses and go on trail rides with his buddies. The light of his life was his grandchildren.