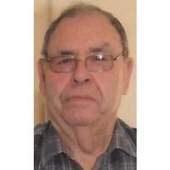 Services for Jacky Dale Hamm, 81, of Brownfield will be at 2:00 pm, Saturday, September 5, 2015 at Brownfield First United Methodist Church with Homer Jones and Rev. Buddy Payne officiating. Interment will follow at Terry County Memorial Cemetery under the direction of Brownfield Funeral Home.

Jack was born on March 16, 1934 to L.D. Hamm, Sr. and Clara Laster in Wellman. Due to his brothers being drafted, Jack began farming at the age of 6 and continued farming the rest of his life in Terry and Yoakum Counties. He graduated from Wellman and was very involved in the Wellman community, even helping to build the Methodist Church building. Jack married the love of his life, Patsy Hyman, on June 12, 1952 and they enjoyed 63 years together. His hobbies included fishing, watching boxing and wrestling with his grandchildren. He was affectionately known as Bigun by his family and will be greatly missed!

He is survived by his wife, Patsy; 3 children, Deborah Baker and her husband Stan of Wellman, Gerry Hamm and his wife Debbie of Wink and Tim Hamm and his wife Jackie of Bowie; 9 grandchildren, Chance and Deidra Baker, Trevor and Kayla Baker, Duncan Hamm, Justin and Brandy Hamm, Jason and Mindy Hamm, Eathan and Lisa Hamm, Logan and Kenna Hamm, Jennifer and Daniel Bush and Josh and Kay Lee Simmons; 15 great-grandchildren; and numerous nieces and nephews.