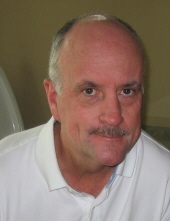 James Allen White passed away May 5, 2020, at the age of 65. He was born in Brownfield, Texas, on April 4, 1955 to Robert and Donna White and grew up in Meadow, Texas. James graduated from Texas A&M University in 1977 with a Bachelor of Science in Agricultural Engineering.  He returned to Meadow where he started his own farming operation, which he continued until 2015. James earned his MBA from Texas Tech University in 1992 and worked for Morgan Stanley and Mass Mutual as a Financial Advisor.

James served on the Meadow Farmers Coop Gin, Meadow City Council, and Meadow Lions Club.James married Linda Bough in 1981 in Coldspring, Texas, and started a family in Meadow where they lived for 23 years. He enjoyed the farm life, particularly the time he spent working with his dad, Robert. He loved participating in his daughters’ activities, from coaching Little Dribblers basketball, to attending dance and piano recitals.  James most cherished times were with his former wife, daughters, two sisters, and their extended families. There were countless birthdays, holidays, vacations, and weekends enjoyed together. The time spent playing games and sharing meals was exceeded only by the time spent telling stories and laughing. Golfing, fishing, Texas Aggie football games, summer trips to Ruidoso and Lake Livingston - he loved it all, but loved it most when he had family and close friends to share it with.James was preceded in death by his parents Robert and Donna White.

He is remembered by his former wife of 38 years, Linda; two daughters and their husbands, Malinda and Joe Ennis of Baton Rouge, Louisiana, and Lauren and Matthew Powell of Portland, Oregon; five grandchildren, Avery, Emily, and Olivia Ennis, and Éolyn and Aldaron Powell; two sisters and their husbands, Beth Ann and Les Wilks of Lubbock, and Leslie and Billy Hutchinson of Paducah; three nieces and nephew, Sagan and Brooke Wilks, and Haley and Tate Hutchinson; his former wife's parents Jim and Betty Bough of Houston; former siblings-in-law and their spouses, Gloria and Cody Hogue of Sealy, and Jim and Sheri Bough of Houston; and five nieces and nephews, Alexandra and Joe Dumas, and Macy, Mallory and Mathias Bough.

A Memorial Celebration of Life service will be held at Calvary Baptist Church, Brownfield, Texas, on Saturday, May 16 at 2:00 pm.

In lieu of flowers, please send donations to Meadow Athletics Booster Club, 604 4th St., Meadow, TX 79345 (include James White in the memo), or a charity of your choice.