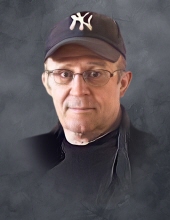 James Ronald Sales passed away Tuesday, December 29, 2020, at Covenant Hospital in Lubbock. There will not be any services held due to Covid concerns.

James Ronald Sales was born November 30, 1942, at Mercy Hospital in Slaton, Texas to Murell and Eunice Sales. He attended Southland schools. He worked at B & E Implement in Brownfield as a diesel mechanic and later as a service manager. Every farmer in West Texas knew and respected him. He was one of the best mechanics around and every farmer would attest to this. He took his job seriously and his work ethic was second to none. He loved helping people and visiting with farmers. There was never a job he could not tackle.

After working at the John Deere House in Brownfield for over thirty years, he retired and moved to Lubbock. He was a member of the Brownfield Church of Christ.

He is preceded in death by his parents Murell and Eunice Sales, brother Don Sales, and one sister Ann Beard. Grandson Blake Adams and granddaughter Taylor Sales.

The family would like to thank everyone that has reached out to us at this time. The family has also designated any donations to be made to the Brownfield Church of Christ, for memorial contributions donated in his memory.