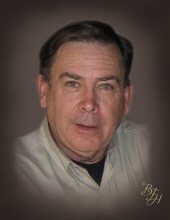 Memorial services for James DuBose will be held at 10 am Friday, October 8, 2021, at Brownfield Funeral Home. The service will be livestreamed and a link will be found below.

James Sidney DuBose met his Heavenly Father on Tuesday, September 28, 2021. He was born on January 2, 1942, to Frank Sidney DuBose and Lela Wheatley DuBose in Antioch, California.

He lived in Antioch all of his young life and graduated from Antioch High School in 1960. He later operated his own gas station, Jim’s Arco, in Antioch. He and Sandra Kay Whitehead were married from June 18, 1966 to 1990. They had two children, Delisa Kay and Alan James.

From 1971-1993, James lived in Burleson, Texas. During that time, he worked for Montgomery Wards, taught Auto Mechanics at Burleson High School and later operated his own garage, Dr. D’s Auto. In 1993, he moved to Brownfield, Texas, to care for his aging father, and lived there until his death. After he retired, he always found some kind of job to keep him busy. He also loved to help out at the West Texas Raceway, where he often took tickets, greeted people, and passed out lollipops.

James had a strong faith and was a member of the Burleson Church of Christ, where he served as a song leader and deacon, and later the Brownfield Church of Christ. If there was ever a man who never met a stranger, it was James DuBose…or Jim, as many people called him. He once said that strangers were only people he hadn’t met yet. He loved people with his whole heart and was a true friend to so many. He was always willing to help out in any way he could, especially if it dealt with cars. He loved working on them and helping others learn to fix them. His footprint here on Earth was far and wide and his brightness will sure be missed.

He is preceded in death by his parents; his brother, Deryl; and many other family members.

He is survived by his daughter, Delisa DuBose McKinzie and her husband, Wes; son, Alan DuBose and his wife, Christine; three grandchildren, Mikayla McKinzie, Grace DuBose and Schad McKinzie; his former wife, Sandra De Los Santos and many other friends and family members.