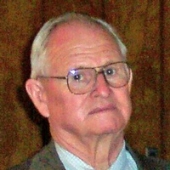 Funeral services for Jerrel D. Blake, 81, of Brownfield will be held 1 pm Saturday, August 26, 2017 at Meadow First Baptist Church with Bon May officiating. Burial will follow at Meadow Cemetery under the direction of Brownfield Funeral Home.
There will be a family visitation on Friday, August 25, 2017 from 5pm to 7pm at Brownfield Funeral Home.
Jerrel was born on January 29, 1936 in Southland to Jewell Roy Blake and Ethel Brazel Blake. He graduated from Brownfield High School and attendant San Angelo State College. Jerrel married Marian Melcher on September 21, 1955 in Lovington, NM. He was a member of Meadow First Baptist Church. He received the Outstanding Young Farmer award in Colorodo in 1975 and another in Terry County in 1967. He was a member of the Colorado Water Board from 1976 to 1982. Jerrel won state and national livestock for the Yorkshires. He was also a member of the American Yorkshire Organization. Jerrel was youth group leader in Meadow. He is preceded in death by his parents, Jewell and Ethel Blake, Brothers, Burl and Hartsel Blake.
Jerrel is survived by his wife, Marian Blake; two children, Debra May and husband, Bon, Joseph Blake and wife, Julie; two grandchildren, Haylee Huddleston and husband, Kade, Joseph Blake, Jr.; sister, Eulama Busha; two brothers, Don Blake and John Blake and wife, Carol; and numerous nieces and nephews.
The family is requesting in lieu of flowers, donations be made to Cal Farley's Boys Ranch.