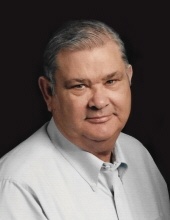 Jerry Don Brown passed away Friday, September 27, 2019, in Lubbock, TX. A private family gathering will be held to celebrate Jerry’s life under the direction of Brownfield Funeral Home.

Jerry was born on May 16, 1935, in Brownfield, TX. He graduated from Brownfield High School in 1955 and attended West Texas State on a football scholarship. Jerry was an Eagle Scout and served in the US Army stationed in Korea. He retired from Amoco where he worked as a field foreman.

Jerry married Betty Kelly Murphy on June 28, 1969, in Brownfield. She preceded him in death in 1994. Jerry had a passion for sports and he loved his four inherited children and his grandchildren.

He is preceded in death by his wife, Betty Brown; his parents, Bill and Gracie Brown; 2 brothers, Jr. Brown and Cecil Brown; and a grandson, Brad Sanford.