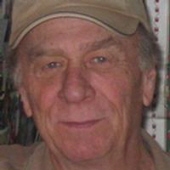 Service for Jerry Robert Warren, 71, of Lubbock, will be held at 2 pm on Thursday, April 9, 2015 at Plains First United Methodist Church with Rev. Randall Warren officiating.

Visitation will be held from 5 pm to 7 pm on Wednesday, April 8, 2015 at Brownfield Funeral Home

Jerry Robert Warren was born September 13, 1943 to James and Margaret Warren in Brownfield. He passed away on Sunday, April 5, 2015 in Lubbock. Jerry graduated from Plains High School in 1961 and he attended McMurry and Texas Tech. He retired from SkyHarbor Airport, in Phoenix, AZ as a Ground Supervisor after 41 years of employment with Continental Airlines. Jerry was a member of the Plains First United Methodist Church. Jerry is preceded in death by his father, James Warren and grandparents, Bailey and Irene Ricketts.