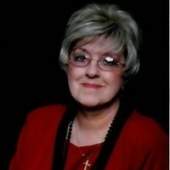 Graveside services for Jessie Mary McClellan will be held 3pm Tuesday, April 3, 2018 at the Meadow Cemetery with Jerry Henson officiating.
Jessie was born December 2, 1937 in Wink to Jesse James and Mary Oleta McClellan. She graduated from Brownfield High School. Jessie was a beautician in Brownfield for several years. She was a member of Southcrest Baptist Church in Lubbock.
Jessie is survived by her children, Deresa Reid of Portland Oregon, Jay Mark Chidester of Dallas; special cousins, James Smith and wife Jackie of Meadow; two aunts, Beryl Yowell of Brownfield, Tissie Smith of Lubbock; and numerous cousins.