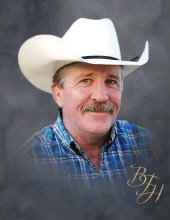 Jimmie Lee McClanahan took his last breath on February 18, 2022, in Lubbock, Texas at the age of 62. He was born on April 18, 1959, in Brownfield, Texas. He was the second child to Gilbert (Gib) and Jackie McClanahan. He graduated from Gadsden High School in Anthony, New Mexico.

At an early age, Jim worked with his dad at the racetrack and learned the value of hard work. He obtained his New Mexico Trainers license in 1977 and was a multiple stakes trainer with 393 starts. He later worked in Fiber optics as a testing and documenting manager.

In 2005, He become a husband, stepfather, and father when he married the love of his life, Terri.

To family, Jim was a friend and to friends, Jim was family. He never met a stranger and was liked and respected by
all who knew him. He was a gentleman, teller of tales (most of them true), griller of meats, and baker of pies.


Jim is preceded in death by his parents, Gib and Jackie McClanahan. He is survived by his wife, Terri and son, Jack; stepsons,
Justin Mullins and Ethan Mullins; sister, Sue Ann Atkinson and husband Keith; brother, Loyd McClanahan and wife Becki; and a whole slew of extended family and friends.