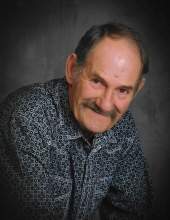 Jimmy Lee Thompson, beloved husband, dad, brother, Pawpaw, and friend passed from this life to his eternal home on August 31, 2020, at the age of 68.

Jimmy was born in Brownfield, Texas on January 11, 1952, to Jack and Reta Thompson. He graduated from Brownfield High School and later South Plains College with an associate's degree in diesel mechanics. He began his career at Stewart & Stevenson in 1971 and was drafted into the army in 1972. After completing his military service, he continued his career with Stewart & Stevenson for the next 32 years. Jimmy opened his generator business in 2007 and continued to work until December 2019.

On September 21, 1993, he married his love, Karen Thompson. Together their greatest joy was spending time with family and grandchildren. He was also known to be a prankster, just like his father. He could be found teasing his kids or grandkids and playing tricks on his family regularly. His quiet unwavering faith in God was an important guide throughout his life. Jimmy had a love for mechanics. You could find him working on and riding motorcycles in his spare time.

He is preceded in death by his infant daughter, Carolyn Renee; parents Jack and Reta Thompson; brother-in-law Gayland Ingram; and father-in-law Stan Rimer.