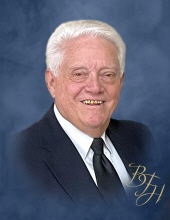 Jimmy Wesley Woodard was born on April 12, 1947, to Tommie and Julia Woodard of Wellman, Texas. Jimmy was raised on a farm a few miles West of Wellman where he had his own sow operation in between school and working on the farm. Jimmy was not only everyone's friend and named "Mr. WHS", he was active in FFA, Football, Basketball and Track, and graduated from Wellman High School in 1965. However, his most important achievement while in high school was meeting his high school sweetheart, the love of his life and future wife of 1 week shy of 54 years, Judy Yowell from Brownfield.

Jimmy went on to attend Texas Tech University and graduated with an Ag Education degree in 1969. Even though he was at a different school than Judy, they continued to date and married in 1968. After Texas Tech, Jimmy and Judy moved to Floydada for one year and Meadow for two years as an Ag Teacher. While in Meadow, along came their "one and only son", Jody. Following Meadow, Jimmy and his family farmed in Yoakum County for 6 years and he was eventually hired as the ASCS office manager for Lynn County where he spent 29 years serving farmers with certifying acres and signups for well-deserved farm program payments.

During his 29 years in the ASCS later known as the FSA office, Jimmy became known as one willing to do whatever it takes to serve his farmers. He and his Lynn County staff were recognized for this outstanding service by the National FSA office and awarded a trip to Washington D.C. Upon retirement from the Farm Service Agency in 2006, Jimmy was presented a folded flag of the USA which had flown at the Washington D.C. Capital for his outstanding service.

While working in Tahoka and raising his family, Jimmy volunteered with the County Livestock Association and helping with the county sale for multiple decades. In 2002, he was awarded the Outstanding Service award by the Lynn County Stock Show Association. Other volunteer awards received include the Friend of 4-H and Outstanding Lynn County Adult 4-H leader awards as a result of spending countless hours helping his son and other 4-Her's with their livestock and horse riding club projects.

Jimmy found time to serve as a member and eventually a fire chief of the Tahoka Volunteer Fire Department for 25 years. Besides becoming a Certified Fire Instructor Level II and Safety Officer, Jimmy led a project and pursued state funding to help numerous fire departments in the South Plains area obtain "dry hydrants" in the rural farm areas. He helped modify a playa lake connection adaptor to be used with West Texas farm irrigation wells for fire trucks to draft water directly from an irrigation well which led to better response time for rural volunteer fire departments in the country.

Following retirement from FSA, Jimmy continued with his serving of others by working for the State of Texas as an Emergency Service District Coordinator. He enjoyed helping volunteer fire departments across the state obtain funding for equipment and structure projects to achieve improved key ratings for cheaper home owners insurance premiums for Texas citizens. Following his Federal and State careers, Jimmy came back home to Tahoka to serve others in the capacity of a local Code Enforcement Officer. After his third retirement, he and Judy travelled with their home business to see the country together and help others once again but this time with their magnetic water softening business. Jimmy passed away doing what he loved and that was meeting, talking to and helping others.

The love of his life was his family especially watching his grandsons compete in stock shows and sports. Grandy, as the boys named him, could be found cheering the loudest at any Meadow Bronco event for his grandsons.

Jimmy is preceded in death by his parents and his sister Dixie McWilliams and is survived by his wife Judy, his son Jody and wife Kathryn and their two sons Wes and Kyle of Meadow, and two younger brothers, Micky and wife Kathy of Temple and Paul Woodard of Brownfield.

Donations can be made to Lubbock Children's Home.