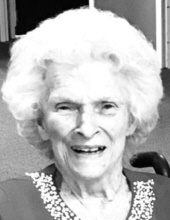 Lubbock- JoAnn (Tilley) Knight, 89, of Lubbock, peacefully left this life on Friday, June 19, 2020. She was born in Amarillo on August 20, 1930, to Mary Ella and Marvin Tilley. She would later move to Alvin, TX, where she would live until she graduated from high school.

JoAnn moved back to West Texas, though, to attend Texas Technological College, where she would receive her degree in Sociology. She would meet her future husband, Robert Knight, while attending Tech, and they were married on December 21, 1951. They celebrated 67 years of marriage together, and they were blessed with 3 children - Michael Knight, DDS, of Park City, UT, Nancy Knight Claborn of Melissa, and Lisa Knight Davis of Lubbock.

Following graduation from Tech, JoAnn and Robert moved and lived in Brownfield until 1966 when they moved their family to Lubbock. Once the children were older, JoAnn went back to Tech to receive her teacher's certificate, and she taught for the LISD at Posey Elementary for 20 years.

JoAnn found great joy and pride in the lives of her children and grandchildren. She dearly loved being a "Mom" and a "Nana". She also had a "servant's heart", caring for the needs of so many friends, neighbors, and others throughout her life. She also served as a volunteer chaplain at Methodist (Covenant) Hospital for many years, and was an active member of the Questers Class at First United Methodist Church in Lubbock.

Those left to cherish her memory include her 3 children, 6 grandchildren, and 4 great grandchildren. She was preceded in death by her husband, her parents, a step-father, Tony Pugh, her brother, CW Tilley, and two grandsons, Braxton Davis and Taylor Knight.

A family memorial service will be held in Jackson Hole, WY, in September, 2020.

In lieu of flowers, the family requests that memorials be made in celebration of her life to the Alzheimer's Association, the First United Methodist Church of Lubbock, or to the charity of your choice.