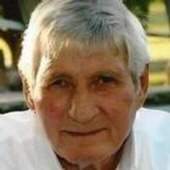 Joseph Burton Foshee, 79, of Brownfield, Texas, passed away on Saturday, Sept 27, 2014, at Lubbock Heart Hospital surrounded by his loving family. Funeral services will be on Tuesday, September 30, at 2:00 at Brownfield Church of Christ where he was a member. Visitation will be from 6:00 to 7:30 at on Monday, Sept. 29 at Brownfield Funeral Home. Pallbearers are grandsons and great nephews: Matt Foshee, Aaron Foshee, Jarod Foshee, Ethan Foshee, Dusty Foshee, Nathan Davison, and Brody Heinrich.

Joe was born the oldest of four children to Burton Francis (Red) Foshee and Ruth (Dunnam) Foshee on December 23, 1934, in Louisville, Kentucky. The Foshee family soon returned to Texas and lived in Smyer, Ralls, and Knox City before settling down in Brownfield where Joe attended first Gomez and then Brownfield schools and graduated in 1954. After graduation, Joe joined the Navy and served as Petty Officer, 2rd class for four years. After his time in the Navy, he returned to Brownfield and married Linda Harrell, also of Brownfield, on July 3, 1959. Together they raised four children in the Johnson community, where he farmed for 40 years. During that time he also worked for 20 years as a crop duster, eventually establishing the Foshee Spraying Service. Retiring is often difficult for farmers, so Joe regularly popped in on the farm and flying service now run by his sons. He also enjoyed visiting with other retired farmers who met daily for coffee. Often accompanying him, riding alongside him in his pickup, was his beloved pug dog, Butch.

Joe is preceded in death by his parents, Ruth and Red, his youngest brother Garland (Gus) and his youngest son, Cliff. Survivors include his devoted wife of 55 years, Linda, his children: Scott and his wife, Amber, of Lubbock; Keith and his wife, Jenette, of Brownfield; Yvette Foshee of Lubbock; and daughter-in-law Dianna Stephens of Lubbock. He is also survived by one brother, Eddie and his wife, Sharon, of Loop, Texas; and one sister, Karen Evans and her husband, Bill, of Wolfforth, Texas. He took pride in his grandchildren: Matt, Jarod, Aaron, Victoria, Sandra, Ashley, Elyssa, and Ethan.

The family would like to extend a heartfelt thanks to the tireless nursing staff at the Lubbock Heart Hospital. Memorials are suggested to Operation Finally Home (operationfinallyhome.org) State Highway 46 West, Ste 115-606; New Braunfels, Texas 78132, or Wounded Warrior Project (woundedwarriorproject.org).