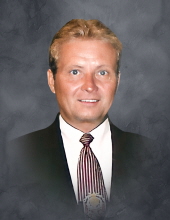 Graveside services for Joe Mac Sears will be held at 1 pm, Tuesday, August 17, 2021, at Terry County Memorial Cemetery. A memorial service will follow at 2:30 pm at First Christian Church in Brownfield with Rev. Josh Puckett officiating.

After graduations, Joe returned to Brownfield and worked as assistant manager for Odell’s Hardware and Gifts until it closed in 1991. Joe then worked as a sales representative in the gift department for the Dallas Trade Mart. In 1977, Joe became Manager of the Brownfield Chamber of Commerce. He later held several jobs locally in retail business such as Bayless Jewelry. He began substitute teaching for the Brownfield School District, which led him to pursue a degree in education. He loved working in the schools and later worked as a teacher aide in the Brownfield High School history and special education classes.

His mother always noted that Joe loved music. When he was a baby, music on the radio or TV captivated him. He would immediately turn his head and stand still to listen. That love of music followed him throughout his life. He took piano lessons for many years as well as organ lessons. In school Joe was a member of the BHS band and participated in church choirs at the First Baptist Church. At Texas Tech, he was active in many choral productions. Joe was a long-time member, elder, and organist for the First Christian Church. Like his parents, Joe was an avid Texas Tech men’s basketball fan.

Joe was preceded in death by his parents, Odell and Louise Sears. He is survived by his sister Susan Sears Roberts, brother-in-law Chris and step-niece Alison Roberts Henry and her husband Aaron and son Ethan. He is also survived by many cousins and second cousins and many friends in Brownfield.

The family requests that donations be made to the Matt Adams Scholarship Endowment for Men’s Basketball, Brownfield’s First Christian Church, and Terry County Cemetery Association.