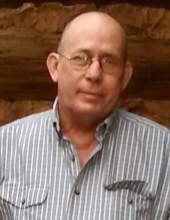 Joey was born on October 18, 1957, in Brownfield, TX to Clayton Elvis "C.E." and Altay May (Butcher) Hook. He was a hometown boy that graduated from Brownfield High School in 1976. Joey went to State in Track and ran Cross Country. He worked as a farmer for most of his life, but in his later years, he did landscape around town. Joey's favorite hobbies were fishing, cooking and playing dominoes, but more than these, he loved his family and friends. He never met a stranger, and his family describes him as loving and caring with a generous heart. Joey enjoyed being in nature and watching hummingbirds. He was a man of few words and could be "ornery" and "stubborn," but he was also a lot of fun and cared deeply for his family. He was preceded in death by his mother, Alta May Hook, and his sister, Leta Jane Hook.

Joey is survived by his wife, Dayna Clift; his father, C.E. Hook; a daughter, Amber Hook of Lubbock; a son, Jonathan Hook of Lubbock; a brother, Bobby Hook and wife Deborah; a sister, Rita Walser and husband Byron; and his grandson, Jackson of Lubbock, as well as several nieces and nephews.