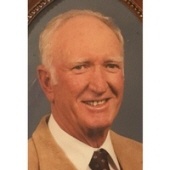 John Dale Curtis, 82, of Tokio, TX passed away surrounded by family, Sunday, September 3rd, 2017. He was born April 26, 1935 in Clovis, NM to J.H. and Annie Hendricks Curtis. He lived in Clovis until he was 4 years old and moved to Denver City, TX in 1939. He was preceded in death by his parents; brothers, Dean, Jimmy and George and nephew, Marc Curtis.
John Dale was a farmer in Tokio, TX for 30 years and worked at the Yoakum County Landfill for 10 years; retiring in 2013. He loved to fish in Big Bend National Park and Port Aransas, Texas. He loved Spring Break vacations in Port Aransas as well. He was a true Texas Tech Red Raider fan and loved attending their games.
He is survived by his wife of 57 years, Pat Curtis, his four children, Jimmy Curtis and wife Cathy of Wolfforth, Claudia Weaver of Lubbock, Johnny Curtis of Idalou, and BD Curtis of Pampa. Sister-in-law Saundra Stephens and her husband Rowe of Plains. Nieces Tina Curtis of Conroe, Lea Ann Wood of Panhandle, and Cristi Stephens of Dimmitt. Nephews Brent Stephens of Frisco, Rodney Curtis of Olney, and Braughn Curtis of Leonard. 22 grandchildren, and 5 greatgrandchildren. Many Cousins and loved ones.
In lieu of flowers, the family asks that donations be sent to the New Mexico Christian Childrens Home, 1356 New Mexico, Portales, NM 88130-9411.
Visitation will be on Wednesday September 6, 2017 at the Brownfield Funeral Home from 6pm-8pm. Funeral services will be at the First Baptist Church in Plains, TX at 11am on Thursday September 7, 2017.
John Dale was quite the athlete in High School, Especially running track at Denver City, where he still holds the school record in the 220-yard dash. He held the school record in the 100-yard dash until 2016. After High School graduation in 1954, he attended Howard County Junior College in Big Spring, TX on a basketball scholarship and ran track. The track team qualified for the State meet in May of 1955 in College Station, TX, where John Dale won both the 100 and 200-yard dash, earning a trip to the National Track Meet in Hutchinson, Kansas where he placed 3rd in both races.
John Dale also served 5 years in the US Army first as a Rifleman in Company A of the 501st Infantry and moving on to the 101st Airborne Division as a Paratrooper.
Those who knew John Dale knew he was ornery and loved to pick on his nieces and grandchildren. He had the most hilarious facial expressions and had the room laughing all the time.
John Dale met and married Patsy Smith in 1960.
The Family would like to thank the nurses and staff of the Covenant Hospital 10 South; Palliative Care and Interim Healthcare.