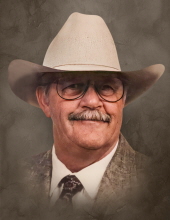 Funeral service for John Taylor Howard, 77, will be held at 2 pm Saturday, January 9, 2021, at Brownfield Funeral Home with Rev. Chris Seaton officiating. John will be laid to rest at the Terry County Memorial Cemetery.

John Taylor Howard was born on March 23, 1943, in Brownfield, TX to Major Lee Howard and Martha Priscilla Brannan Howard. He was known as son, husband, brother, uncle, grandpa, dad, Papa T, John T, friend and neighbor. John was the 7th child of 7 children and he had a loving bond with all his siblings and some would even say he was a little spoiled.

John grew up in Terry County attending school in Meadow, TX from 1st grade through high school. In high school he played basketball, ran track and played football. He lettered in all 3 sports and even made district in football his senior year. After graduation he took on various jobs such as driving a truck, working as a plumber, and even as a farmer. But after a while John wanted to spread his wings so he left Texas and began traveling. John lived in New Mexico for a while driving a truck over the road and even locally. He also had a brief career at a local TV station.

John still longed for more adventure so he began his journey again and this is when he finally landed back in Texas. John began working in Houston for the big stock show rodeo where he met the love of his life Jan. John and Jan married on June 3, 1982, and so it began. They moved to Andrews, TX where John owned J&J construction, raised horses, had some ostriches and emus, and enjoyed life with his wife, children and grandchildren. But being full of life and always looking for a new adventure, he decided to become a licensed pilot at the young age of 46, obtaining his license to fly commercial, multi-engine, and twin-engine land. This only fueled his desire to do more, so he obtained his air frame and power plant (A&P) license for aircraft mechanic and an I.A. certification.

Now if that wasn’t enough, he decided to become a licensed scuba diver. John loved the water and the beautiful peace and serenity it gave him seeing God’s creation of so many things we only dream of seeing. He also was licensed for search and rescue.

In 2001, John realized his dream as he became the owner/operator of his own airport in Sweetwater, TX. It was where he had the opportunity to own several planes and the privilege to tinker, rebuild, and paint multiple planes for his fellow pilots. John had the honor to rebuild and paint some of the planes you can see at the WASP Museum today. In June of 2013, John sold his dream due to failing health, but that did not slow him down. He continued living life to the fullest and pushing it to its limits.

Fly low and fast John T for you will have forever etched a place in all our hearts.