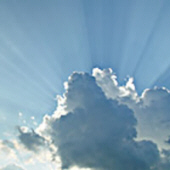 There will be a memorial service at Southcrest Baptist Church, where he served as a deacon, on Friday April 7th at 10:00 am.