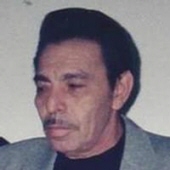 Funeral services for Juan M. Longoria will be held 10am Wednesday, October 19, 2016 at St. Anthony’s Catholic Church. Graveside services will follow under the direction of Brownfield Funeral Home.

There will be a Rosary service 6pm Tuesday, October 18, 2016 at Brownfield Funeral Home.