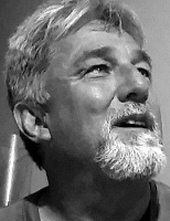 Services for Juan Jose Eleuterio "Ted" Suarez will be held Monday, August 5, 2019, at 10 am at St. Anthonys Catholic Church with Father Jose Kochuparambil officiating. Burial will follow at the Brownfield Cemetery under the direction of Brownfield Funeral Home.

A rosary will be held at Brownfield Funeral Home Chapel on Sunday, August 4, 2019, from 6-8 pm. Online condolences may be left at the funeral home website.

Juan Jose Eleuterio "Ted" Suarez passed away on July 30, 2019, at the age of 58 in Lubbock. He was born in Alice, Texas on September 8, 1960, to Telesforo and Aurora (Martinez) Suarez. Known as a very hard worker, Ted was always willing to help others. He was a loving and attentive parent to all his children, as well as a supportive force to his family and friends. He will be remembered for his generous spirit, his strong determination, and the tremendous joy he gave to those around him. Ted is preceded in death by his parents; a brother, Telesforo Suarez; and a sister, Maria Guadalupe (Suarez) Gonzalez.