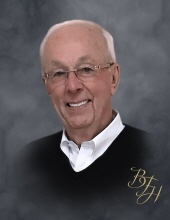 Services for Yoakum County Judge Jim Barron, 81, of Plains, Texas will be held at 10:00 am Monday, February 14, 2022, at Plains First Baptist Church. Graveside services will follow at Plains Cemetery under the direction of Brownfield Funeral Home. Visitation will be from 4:30 pm to 6:00 pm on Sunday, February 13, 2022, in the Sanctuary of Plains First Baptist Church. Online condolences may be left at www.brownfieldfuneralhome.com.

Judge Barron went home to be with his Lord on Thursday, February 10, 2022. He will be remembered as a loving husband, father, grandfather, and friend. Jim will also be remembered as a devoted community servant. Judge Barron served Yoakum County for more than 40 years, first as a Yoakum Country Commissioner of Precinct 3, and then as County Judge from 2007 to 2022. Jim always considered the people of Yoakum County to be his extended family. He viewed his civic service as a calling from God to help the people around him. As County Commissioner and Judge, he was appointed to serve on numerous regional and state Boards. He loved being a greeter at First Baptist Church Plains and has likely welcomed most of you personally over the years. Jim lived the life of a servant and was welcomed home by His Father with these words, "Well done My good and faithful servant. Enter now into the joy of the Lord."

Jim was born in Lamesa on August 20, 1940, to Tom and Marguerite (Knox) Barron. A lifelong Texan, he graduated from Plains High School and attended Howard County Junior College and Texas Tech University. On April 22, 1960, he married the love of his life, Jo Ann Howell, in Seagraves. After returning to his hometown of Plains to raise his two sons, Jim farmed and managed a grain elevator for several years before he made the decision to run for the office of County Commissioner, in which he served 24 years. Even after his "retirement" in 2001, Jim wanted to continue to help his community. He worked very hard and brought Crosswind.com to Yoakum County, their first internet service ever. Jim's retirement from government service was short-lived, and in 2007, Jim began what he considered to be his 16 year "adventure" in the office of County Judge.

To his family and those who knew him, Jim was a devoted Christian who set an example of the importance of faith in Jesus and dependence on God for wisdom and direction. He and Jo Ann have been members of First Baptist Church in Plains since 1960. Jim was always a student - continually striving to learn new things that would help him serve others. His family was of utmost importance to him, especially those grandsons, Ross and Trent. They loved their Poppy and Poppy loved them. The bible says "husbands love and honor your wife." It was obvious Jim loved, adored, and honored Jo Ann. April 22 would have been their 62 Anniversary.

Jim was preceded in death by his parents; 2 brothers, Tommy Barron and Mark Barron.

Left to cherish his memory are his wife, Jo Ann; 2 sons, Alan (Wendy) Barron of Fort Worth, and Jeff Barron of Dallas; 2 grandsons, Ross Barron and Trent Barron; a brother, Darrell Barron; and 3 ornery nephews and 3 precious nieces. Jim will also be dearly missed and fondly remembered by the community he served so well!