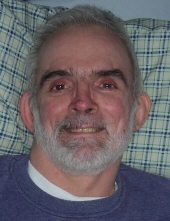 Kenneth Amble Carter passed away on November 5, 2019, at the age of 62, now absent from the body and present with the Lord. Ken was born January 11, 1957, in Huntsville, Alabama, to Amble Benaron Carter and Marilyn Schell Fanwell.

Ken grew up in Alabama and Georgia. He graduated from Glenn Hills High School in Augusta, Georgia, in 1976. At age 25, Ken suffered a spinal cord injury while cliff diving with friends in California. In his early days after the accident, Ken was strong enough to get into his wheelchair and enjoy many outings. As the years passed, his body and breathing conditions became weaker and he was mostly confined to the hospital bed. Nevertheless, Ken was a positive light to all around him, sharing his faith in God and lifting people up.

Ken had a keen mind, a clever sense of humor, and he thoroughly enjoyed college football (Roll Tide)! He also enjoyed computer technology, and in his later years, he became a master of voice recognition software, allowing him to use his computer hands-free.

Ken is survived by his mother, Marilyn Schell Fanwell; his older sister Martha Carter Ewing and her husband Terry; his younger sister, Nancy Carter; and his brother Benny Carter. Ken was preceded in death by his father Amble Benaron Carter, and by his youngest sister, Christi Lyn Carter Tiner.

Considering the severity of his injury, Ken lived long after doctor’s predictions of his life span. Ken was content whatever his circumstances, living out his faith while here on earth. He “fought the good fight,” and one of his favorite scripture verses was Philippians 1:21 – “For me, to live is Christ and to die is gain.”

A “home going” celebration service was held Thursday, November 7, 2019, at First Baptist Church of Brownfield. Arrangements are under the care of Brownfield Funeral Home.