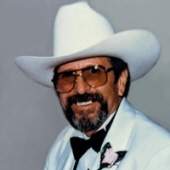 Kenneth "Ken" Collins, 76, of Brownfield, TX. passed away peacefully at home on January 29, 2019. He was born in Carlsbad NM on August 3, 1942 to Woodrow "Woody" and Myrtle Collins. He lived in Turkey, TX. briefly, but then moved with his family to Lubbock, TX. At the age of 14, he moved to Brownfield, TX where he lived the remainder of his life. There, Ken met and married Judy Stephens, the love of his life and his wife of 59 years. They were married on October 2, 1959. Ken always said that "She was the best thing that ever happened to him and that he couldn't imagine life without her." He was thankful for their life together and for the memories they shared while raising their 4 children.
Ken was a lifelong roofing contractor. Early in their marriage, Ken and Judy started their own business, Ken Collins Roofing Co. Ken Collins Roofing Co. has been a successful business for over 40 years. He was known as a very hard working man and was very proud of the business that they built.
Ken had a passion for his hobbies and was an active member in many different clubs during his lifetime. In his early 20's, he was a member of the Terry County Sheriff's Posse. He enjoyed riding and raising horses with his family. Later, his passion turned to dirt bikes. The Collins family joined the Lubbock Trail Riders, where they were long-time members of the motorcycle club, as well as, holding a membership in the Post Enduro Association. He loved riding and racing dirt bikes with his family and friends for close to 30 years. Another passion that Ken had was restoring classic cars. They spent almost 15 years as members of the Nifty Fifties Car Club and Hub City Cruisers. After deciding to slow down, Ken and Judy joined the Terry Twirlers and spent several years square dancing.
Ken was a man that loved his family. He liked watching the nature channel, sitting in the sunshine watching the birds, chewing on his toothpicks and he really loved to tell jokes to anyone who would listen. He also enjoyed telling stories from "Back in the good ol' days" and to sit with his kids and grandkids to reminisce about the adventures he had lived through.
Ken was loved deeply and will be truly missed by his family, friends, and loved ones. We will always treasure our time with him and keep his loving memories close to our hearts and fresh on our minds.
Ken was preceded in death by his mother, Myrtle Collins Hass, his father and stepmother Woody and Lee Collins, his three brothers Royce, Doyle, and Coy Collins. Ken is survived by his loving wife, Judy Collins of Brownfield, Tx, his beloved children Kenny Wayne Collins and his wife, Raula of Brownfield, TX, and Steve Collins and his wife, Mary of Brownfield, TX, and Judy Lynn Hatchett and her husband, Rusty of Lubbock, TX, and Coy Collins and his wife, Brandi of Brownfield, TX. Pa/Deepa, as his wonderful grandkids called him, was also survived by Hunter Collins and his wife, Lindsey Thiessen of Raleigh, NC, Keifer Collins of Raleigh, NC, Cody Henegar of Clayton, NM, Berkley Hatchett, London Hatchett, and Marli Hatchett, all 3 of Lubbock, TX, Casidy Dixon of Lubbock, TX, as well as Kendra Marshall and Marie Gilliam, and then 7 great grand kids, Alecxander, Julianna, Jayden, Kaitlin, Kristina, Kaleb, and Izik. Ken is also survived by 2 caring sisters, Carlene Davis of Dallas, and Janie Jones and her husband, Rodney of Lubbock, TX as well as many nieces and nephews.
Ken will be cremated and a celebration of life will be held on a later date. Condolences and loving memories may be made to www.forevermissed.com/ken-bueford-collins