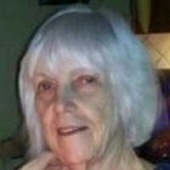 Services will be at 10:00 am Friday, November 21, 2014 at Immanuel Baptist Church with her grandson, Pastor Jody O’Briant officiating. Burial will follow in Terry Country Memorial Cemetery under the direction of Brownfield Funeral Home.

Lenna (Jo) was born to John B. and Lottie Logan on December 3, 1926 in Rogersville, Tennessee. She was their fifth child of ten. Her family moved from Tennessee when she was two. She was raised in the country on her family’s farm near Oregon, Illinois until her graduation from Oregon High School in 1945. She was an adventurous soul first working in a steel mill at the young age of 16 running a loader, as the men were at war; then moving to Chicago to find her way in the world. She lived in Chicago a couple of years before heading to Galveston and then on to Ft. Worth in search of her cowboy, who she knew would be the love of her life.

She met Joseph (Joe) O’Briant in Ft. Worth and in the spring of 1949 and they married in Anchorage, Alaska on August 5, 1949. After their marriage they lived in Alaska for a year, then moved to Joe’s hometown of Brownfield. She worked with Joe as bookkeeper for his many businesses through the years and was a nurse’s aide for 3 years at Brownfield Regional Medical Center.

Her main focus in life was loving and caring for her family before herself, a wonderful servant. They were married for 54 years until his death on July 27, 2004. They had 3 children, 11 grandchildren and 16 great grandchildren. She was a member of Immanuel Baptist Church.

She is survived by her daughters, Lisa Prosser of Lubbock; Patti Byars and husband Tracy of Amarillo. Her grandsons, Joseph Wayland O’Briant III and wife Elizabeth of Jal, NM; Joshua O’Briant and wife Tiffany of Brownfield; Michael Ray Murph Jr. of Brownfield; Britt Foster Jr. and fiancé Kristen Randl of Amarillo; Jordan Byars of Amarillo; Robert Steagall and wife Angela of Corpus Christie; John Steagall and wife Penny; and Aaron Steagall of Brownfield. Granddaughters, Kristal Mantyh and her husband Casey of Ft. Worth; Holly Gonzales and her husband Matt of Amarillo; and Samantha Byars of Amarillo. Great grandchildren, Nathan, Gabriel and Jasper O’Briant; JD O’Briant; Kamryn, Bridget, and Mike Murph; Kameron and Sawyer Mantyh; Hayden and Gracyn Gonzales; Oliver Byars; Will and Hayden Steagall; and Poppy and Pepper Steagall. She is also survived by her sister Merle Sherman of Lovington, NM.; Bill Logan and his wife Jean of Ocala, FL.; Robert (Bob) Logan of Franklin Grove, IL.; and Gary Logan and wife Brenda of Brownwood, TX.

The family suggests memorials to a charity of your choice in lieu of flowers.