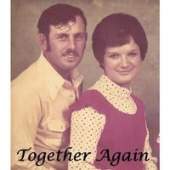 Visitation will be held from 6pm to 8 pm Friday, June 5, 2015, at Brownfield Funeral Home.

Lenual Elmore, 65, passed away June 3, 2015. Lenual was born in Sebastian County, AR to Herman and Opal Elmore on January 15, 1950. Lenual was a hard working family man, loved his kids, grandkids and was ready to reunite with Cherry.

Preceding him in death was the true love of his life, Cherry Lee, leaving this earth on May 2, 2014. Also, a son, Scotty Ray; a brother, Elmer Elmore; a sister, Virginia Opal; and his parents, Herman and Opal.

Special thanks to Samuel Elmore, Anita Powell, and Marty Hales for helping his kids take care of him.