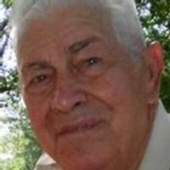 Service for Marion “Leon” Jones, 83, will be held at 10 am Saturday, April 4, 2015 at First United Methodist Church in Brownfield with Rev. Ruby Moultrie officiating

Visitation will be held from 6-8 pm Friday, April 3, 2015 at Brownfield Funeral Home.

Leon was born to Wayne and Bertha (Hall) Jones on December 24, 1931 in Oswego, Kansas. He went to school and graduated from Oswego High School in 1949. He moved his wife Suzi and young family to Brownfield, TX in 1956. Leon established his own business Leon Jones Construction. He was an honest, respected and hardworking business man. Leon retired from construction in 2009 but continued to work in his pecan orchard until 2013.

Leon was a proud 32nd Degree Mason and an avid hunter and fisherman. He loved the outdoors and spending time at his property at Lake Stamford. He was a member of the First United Methodist Church in Brownfield since the mid- 1950s. Leon married Judy Pickett Cox in June 1993. He is preceded in death by his parents and brother, Marvin.

In lieu of flowers, donations may be made to the Association for Frontotemporal Degeneration at www.theaftd.prg, or to the Department of Neurology at TTUHSC.