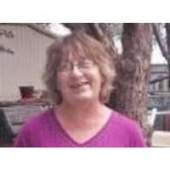 Graveside services for Leta Jane Hook, 56, of Brownfield will be held at 10am Thursday, September 29, 2016 at Terry County Memorial Cemetery under the direction of Brownfield Funeral Home.

There will be a family visitation held from 6pm to 8pm Wednesday, September 28, 2016 at Brownfield Funeral Home.

Leta passed away Monday, September 26, 2016 in Lubbock. She was born July 5, 1960 in Brownfield to Clayton Elvis and Alta May Hook. Leta grew up in Brownfield and was a homemaker the last ten years. She loved to quilt. Leta was the loving mother of, Nicholas Hook. She is preceded in death by her grandparents, Fannie and Clayton Hook.