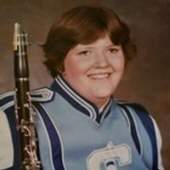 Letha "Eileen" Hendricks, 56, passed away on July 22, 2016 in Brownfield, TX after an extended illness. Eileen was born on May 15, 1960 to Jerry Vernon and Jamie Louise (Wallace) Hendricks in Morgan City, LA. Affectionately called "eeny bean" by her family, Eileen grew up in Roswell NM. She attended Goddard High School where she loved studying German, biology and playing clarinet in the band. She made many trips with the band and gave a speech at her graduation. She attended ENMU and traveled, finally settling in Texas.

A private burial will be held in Roswell, NM, officiated by Rev. Chris Seaton.