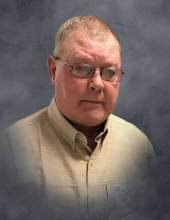 Lonnie Smyers 66 of Brownfield passed away on November 17, 2020 in Lubbock.

He was born in Vernon, on March 13, 1954 to Donald and Treva Smyers. Lonnie married Gloria Fulford on February 1996 in Brownfield. He was a hardworking man and served his community for 27 years working at Terry County Tractor. Lonnie was a great husband, dad, and Grumpa. He raised his stepsons as his own even when he didn’t have to. Everything Lonnie did he devoted himself to fully. Lonnie is preceded in death by his father, Donald “Pete” Smyers.