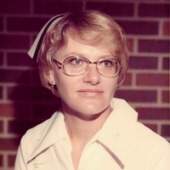 Funeral services for Loretta May Windham, 72, of Brownfield will be held at 2:30 pm Friday, April 13, 2018, at Brownfield Funeral Home Memorial Chapel with Rev. Steve Carter officiating.
There will be a family visitation from 1:00 pm to 2:30 pm on Friday, April 13, 2018.
Loretta passed away Friday, April 6, 2018, in Brownfield. She was born September 21, 1945, to William and Margaret Kinsey in Del Norte, CO. She married Jackie Lee Windham on October 10, 1964, in Center, CO. Loretta worked as a Registered Nurse for 37 years in Hobbs and Lovington, NM. She moved to Brownfield with her husband in 2013 to be closer to her children. She loved reading books, planting flowers and taking care of her children and grandchildren. Loretta is preceded in death by her mother, Margaret Williams.
She is survived by two sons, John Windham and wife, Lanette, of Lubbock, Richard Windham and wife, Sylvia, of Dallas; daughter, Karen Grigsby and husband, Gary, of Brownfield; five grandchildren, Travis, Hollie, Nicole, Brooke, Abigail; three sisters, Marvel Gibson, Gwynn Linville, Anita Kinsey; as well as numerous nieces and nephews.