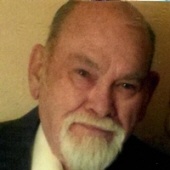 Loyd Martin McNabb of Lubbock, formerly of Brownfield, died April 4 in Lubbock. Loyd was born in Southland, Texas on March 12, 1931 to Walter Loyd and Dorthy Sue (Martin) McNabb. He was born into the family that was instrumental in the cotton industry in West Texas and he chose to carry on the tradition. Loyd was involved in many aspects of the cotton industry including ginning, farming, crop dusting, classing as well as buying and selling. In his younger years, he had a great love of flying and was an accomplished pilot and took great pleasure in telling the stories of his many flying experiences and adventures. Loyd was very artistic and enjoyed the art of wood carving, painting and music, but his greatest enjoyment in life was spending time with his family and his pets. He married Gloria Dell Hillis on January 16, 1949, in Ropesville, Texas. She preceded him in death on March 27, 2015, after 66 years of marriage.