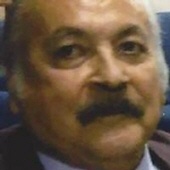 Services for Marcos V. Infante, 72, of Brownfield will be held at 2pm Thursday, August 6, 2015 at Templo Sinai Asambleas with Rev. Raul Gutierrez officiating.

Visitation will be held on Tuesday and Wednesday at Templo Sinai Asambleas.

Marcos was born on June 30, 1943 in Mexico to Balatzar and Hemeralda Infante. He was a member of Templo Sinai Asambleas and a farmer all of his life. Marcos married Gloria Rodriguez in 1966 in Mexico.

He is preceded in death by his parents; Balatzar and Hemeralda Infante; 2 brothers, David Infante and Isreal Infante and a sister, Raquel Pena.