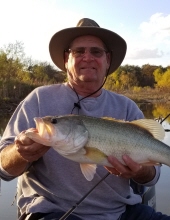 Marvin G. Dawson of Brownfield Texas, passed away January 15, 2021, at his home surrounded by his family. Services will be held Tuesday, January 19, 2021, at First Baptist Church in Brownfield at 2:00 pm. Visitation will be Monday, January 18, 2021, from 5 pm – 7 pm at the Brownfield Funeral Home. Please use a mask and observe social distancing.

Marvin was born on October 13, 1951, to J.B. and Judy Dawson in Sweetwater, Texas. He served the City of Brownfield as a Volunteer Firefighter for 36 Years; Fire Chief for 27 Years; and City of Brownfield Fire Marshall. His Certifications include Master Firefighter, Master Arson Investigator; Master Peace Officer. Marvin coordinated, and assisted in the construction & Fire Apparatus Prop Placement for the Amoco Fire Training Center in Brownfield, Texas. Marvin was also an Instructor for Texas A&M Fire School for 30 Years.

He served the State of Texas for 12 years as a Commissioner on the Texas Commission on Fire Protection. He was Appointed to the position by Governor George W. Bush and Re-Appointed by Governor Rick Perry.

Marvin was owner and operator of Dawson's Electric & Refrigeration for 31 years. He was an Electrician, Air Conditioning, and Heating Contractor. He served on the Terry County Sheriff's Department as a Reserve Officer for many years. Marvin served in the US Army from 1971 and received an Honorable Discharge in 1977. He was an avid Fisherman at Lake Alan Henry & Lake Brownwood. He was a member of the Brownfield First Baptist Church where he served on the Building and Grounds Committee, Usher Committee, on the Committee on Committees. Marvin was a long-time member and served as Commander of the Brownfield American Legion Post 0269 for the last year.

Marvin is preceded in death by his Father and Mother, Judy & J.B. Dawson, one Brother David Dawson of Texarkana, one Sister Connie Corby of Salina, Kansas, and his Father-in-law Stanley Miller.

Marvin is survived by his wife of 50 years Dian Dawson, one son Michael Dawson and wife Pebble, one Grandson Mason Dawson, and one Granddaughter Mallori Dawson of Lubbock, two brothers Gary Don Dawson wife JoAnna of Brownfield, Charles Dawson and wife Pam of Eula, Texas, and his Mother-in-law Zelma Miller of Brownfield and numerous nieces, nephews and cousins.