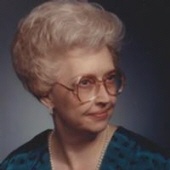 Services for Mary Jane Clement will be held at 11am Monday, March 21, 2016 at Brownfield Funeral Home Memorial Chapel with Rev. Steve Carter officiating.

Mary Jane passed away March 18, 2016 in Lubbock. She was born December 24, 1937 in Pampa to Dexter Carl and Florence Pauline Webb. Mary Jane graduated from Hobbs High school in the top five percent of her class. While in high school she was a girl state representative for Hobbs. She then went to Texas Tech where she graduated in 1960 with a degree in education. She married Guin Don Clement on August 10, 1963 in Hobbs, NM. Mary Jane taught in Brownfield for 6 years.

Mary Jane is preceded in death by her parents, Dexter Carl and Florence Pauline Webb. She is survived by her husband, Don Clement, of Brownfield.