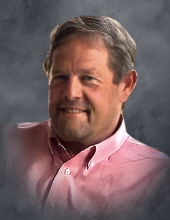 On January 18, 2021, The Adams family lost their hero, leader, and patriarch of their family, Mattison Lee Adams.

Matt Adams was born on May 14, 1956, in Brownfield, Texas. Matt is survived by his wife, Monica and sons Tyler and Logan Adams, his daughter Tori Ericson and husband, Jarred Ericson, and grandchildren: Kennedi, Brock and Zack. He is also survived by his mother Marilyn Adams, his twin brother, Mark Adams (and wife Jennifer) and his sister Angela Adams (and husband Stan Wilson).

Matt is preceded in death by his beloved son, Blake Adams and his father Tom Adams.

Matt attended Brownfield High School and was named “Athlete of the Year” for being an outstanding football and basketball player. At his time at Texas Tech, he was a walk on for the Texas Tech football team. Matt would always tell his children how he was “the toughest one on the team.” He won the Lubbock Regional Golden Gloves Championship two consecutive years and was runner up for the State Golden Gloves title in 1978. He was the owner of two professional hockey teams: the Lubbock Cotton Kings and the Missouri Mavericks. He enjoyed watching Texas Tech sports, playing tennis and traveling with his family.

After attending Texas Tech, Matt was needed back on the farm due to his father’s health. He worked tirelessly to build a business that would leave a legacy for his family. He grew the farming operations to include not just cotton but also peanuts, corn, wheat, and more. Later in 2014, Matt started Lahey Vineyards which is now the largest vineyard in Texas.

Matt devoted his life to farming. Throughout his forty plus years, he never shied away from a challenge. He was always willing to try something innovative regardless of the risk. He was progressive in every aspect of the word. The legacy he left will remain for generations to come.

Matt was the founding member of the Fibertex Gin. He served for 25 years on the Board of Directors for the Fibertex/Lonestar Ag gins. Matt also served 10 years on the Board of Director for the Terry County Farm Bureau. Matt was instrumental in the formation of the Western Peanut Growers organization and was one of the founders of the Tejas Peanut Company. Matt was a long-standing member of the First Baptist Church of Brownfield and a member of Trinity Church of Lubbock. He served on the school board for Brownfield I.S.D. He sponsored children and youth in boxing and assisted with youth programs. Matt was known for his lifelong generosity and work ethic. Matt was a devout Christian and led his family accordingly.

Matt led his life with a faith-based purpose. He led by example by always turning to Jesus Christ through the ups and downs of life, as well as, instilling in his children to always put Christ first in any circumstance. His grandchildren will remember him as their “Pop Pop”, his children will remember him as their role model, and his wife as her best friend and soulmate. The way he passed away is just like he lived: he wrote his own rules, he fought authority, and he paved his own way. If you said he could not do it, he would make sure he could.

The visitation will be held Thursday, January 21, 2021, from 10 a.m. to 8 p.m. at the Brownfield Funeral Home. Due to concern for the well-being of family and friends during the pandemic, the family has decided to have a private burial.