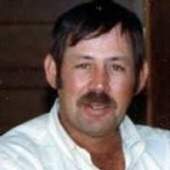 There will be a family visitation from 5-7pm Tuesday, December 20, 2016 at Brownfield Funeral Home.

Mickey passed away Saturday, December 17, 2016 at his home in Seminole. He was born June 22, 1946 in Brownfield to Raymond Beck and Doris Estill Beck. He graduated from Brownfield High School. Mickey then attended South Plains College until he was drafted into the United States Army. He served his country during Vietnam. Mickey farmed in Terry, Yoakum and Gaines county for 35 years. He attended First Baptist Church. He was a member of the Terry County Coop. Mickey was a sweet brother and had a sweet soul. He has a soft heart that was covered up by his dry sense of humor. Mickey was a teaser and would give you the shirt off his back. He was a number one grandpa to his granddaughter who he loved very much. Mickey is preceded in death by his parents, Raymond and Doris Beck, brother, Doyle Randall, and sister, Jean Ann Beck.